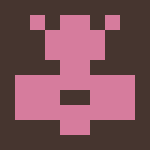 Lower Decks just released last week, to be honest I didn’t have high hopes for this series.,Considering how average Discovery and Picard have been so far.

But after watching the first two episodes, I have to say that it is not the train wreck I thought it would be. Created by Mike McMahan who served as a writer and producer on Rick and Morty, so far it has been very frantic but also quite amusing in places.

It references a lot of other Star Trek shows, but I do like it so far as it is positive take on Star Trek again, unlike Discovery and Picard which are both grim dark shows.

I will watch this season and report back on the whole season once completed.